Because of circumstances completely within my control, I didn't bring you the anime round up last week. So lucky you, you get a bumper edition this week, with twice the goodies. Beginning with a juicy bit of news from Manga Entertainment. Last year they announced that they had the licence for Full Metal Alchemist: Brotherhood, and that DVDs would be forthcoming this year. They also said that they had the streaming rights, and we would be able to watch it online as well. I didn't think anything of it back then, as Funimation were happily streaming it to the world anyway. Then Funimation locked the door on UK viewers when it turned out their licences weren't global after all, and since then, my appreciation of online anime has been waning. It's hard to appreciate something when you can't watch it.

But, for the first time in ages, I have some online anime news to report. Manga Entertainment, last Friday began streaming the first five dubbed episodes of Full Metal Alchemist Brotherhood for all who want to watch. They will stay up for a week, then be replaced by the next five episodes, and this will continue until Manga catches up to the global releases, after which it will be one new episode weekly thereafter. There will be a catch up service for old episodes on Youtube as well. You can click the link above to access the streams, or this link for the press release and news story at ANN. By the way, the rest of the world is up to episode 47, so we have a fair bit of catching up to do. 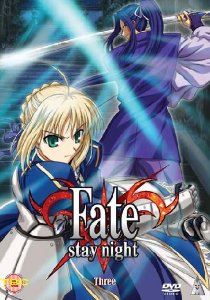 First up was Fate/Stay Night: Volume 3, in which the Grail War intensifies, as do the harem antics, as more and more cute young girls flock to Shirou Emiya's banner. Shirou has to flee in terror from a naked girl, gets adopted as a big brother type by a cute little berserker, and when that isn't centre stage, he has to face betrayal from a friend and people in general try to kill each other a lot. It's just the sort of thing anime was invented for. 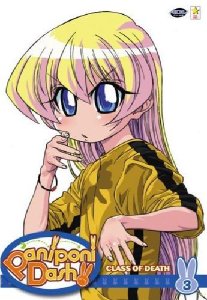 Then it was time for me to hit the back catalogue once more, as I took a look at the import version of Paniponi Dash: Volume 3, the next and logical stopping off point in my journey through the series. The series itself is far from logical, offering up heaps and heaps of surreal comedy mayhem, random chuckles and bizarre adventures in mirth. It can be something of an acquired taste, and I've been feverishly practising my acquiring skills on this series. See if practice made perfect by clicking the link. 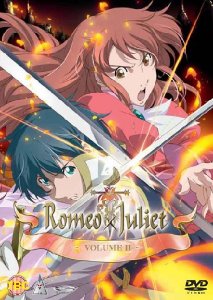 Next up, it was the turn of Romeo X Juliet: Volume 2. This anime adaptation of the William Shakespeare classic takes more than a few liberties with the play, but certain fundamental themes hold true nevertheless. It's what makes this show so compelling, that and the top-notch English dub it has received. The first volume left me a little dumbstruck it must be said, and I have been looking forward to this second volume with unseemly eagerness. See if my passion for this love story has endured, or if the rosy glow has faded with this second volume review. 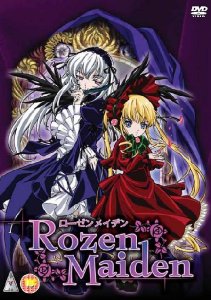 Hot on the heels of the star-crossed lovers came the debut of a new series, although given that it concludes next month with volume 2, it's not much of a fanfare worthy event. Still, Rozen Maiden: Volume 1 is certainly sufficient to spark interest, with its well worn harem anime trope enlivened by its characters, and given enough individuality with its premise of diminutive living dolls moving in with a depressed reclusive boy to make it stand out in a sea of tired clichés. Besides, the former Japanese Prime Minister is a fan… allegedly… 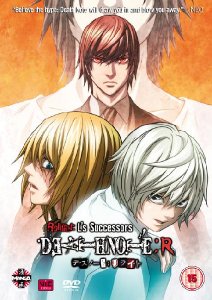 The capper on the fortnight came with Death Note Relight: L's Successors. This is the second Death Note feature film, adapted from the final twelve episodes of the anime series, with a new narrative framework, newly inserted scenes, new animation, and a different perspective on serial killer Light Yagami's confrontation with Near and Mello. I didn't think the first Relight movie was all that good, not doing the series justice. But the end of the Death Note series isn't a stretch of episodes that I like anyway. The worst that a film adaptation could do is leave it pretty much the same. It may even just improve upon it.


In the US, Paniponi Dash: Volume 3 was released by ADV back in 2007. MVM release Fate/Stay Night: Volume 3, Rozen Maiden: Volume 1, and Romeo X Juliet: Volume 2 today, and the same is true for Manga Entertainment's release of Death Note Relight: L's Successors.