Article
Johnny Got His Gun: Special Edition arrives in March on DVD 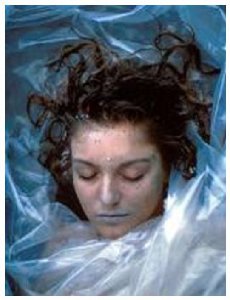 We're sorry about the wait but your patience is about to be rewarded as TWIN PEAKS SEASON 2 finally arrives on DVD from 22nd March 2010, appeasing the legion of fans who have made the series the most requested title in Universal Playback's already impressive catalogue! And completists can also rejoice with the arrival of the TWIN PEAKS DEFINITIVE GOLD BOX EDITION on the same date.

'The Home Of Cult TV', Universal Playback has inked the deal cult fans across the UK have been waiting for, allowing them finally to follow the bizarre investigation into the death of a pretty ingénue to its heart-stopping conclusion. And with the DVD release coinciding with TWIN PEAKS' 20th anniversary, what better celebration could there be?

Directed by the legendary David Lynch (The Elephant Man (1980), Blue Velvet (1986) and Mulholland Drive (2001)), TWIN PEAKS SEASON 2 picks up from the incredible first season cliff-hanger that saw Agent Cooper (Kyle Maclachlan - Desperate Housewives, Sex And The City) shot repeatedly as he closed in on the mystery surrounding the brutal murder of Laura Palmer (Sheryl Lee - Dirty Sexy Money, One Tree Hill). But if you think Season 2 sees the strangeness abate, you'd be wrong, as Agent Cooper's investigations take him deeper and deeper into a murky otherworld and to the very brink of madness itself...

TWIN PEAKS originally aired between 1990 and 1991, going one of the most critically acclaimed and popular TV series around the globe. Taking root in popular culture, Lynch's visionary series regularly tops lists of the best TV shows ever and is as popular today as it was when it first aired, making its 20th anniversary year the perfect time to finally fulfil fans' wishes with this fantastic DVD release.

Homecoming Queen Laura Palmer is found dead, washed up on a riverbank, wrapped in plastic sheeting. FBI Special Agent Dale Cooper is called in to investigate the murder of this young woman in the small, North-western town of Twin Peaks. What he doesn't know is that in Twin Peaks, no one is innocent.

Season 1 was, I think, the first box set I ever bought, though there have been more than a few since! I have been sorely tempted to get the gold edition from abroad just to get the second season but somehow never did. I can't wait for this! My memory tells me this wasn't as good as the first season bu fantastic nonetheless.
posted by Stuart McLean on 1/1/2010 19:35
I bought the R1 second season and thought it was fantastic - very much a series of two halves with Laura's killer revealed halfway though and the rest uncovering shady property deals.  It's a shame that the audience numbers fell away so there was no third season.

Although I have a huge pile of unwatched discs and quite a few to review for the next week or so, I am sorely tempted to go through the two Twin Peaks box sets and Fire Walk With Me!
posted by David Beckett on 2/1/2010 17:27