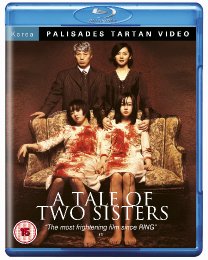 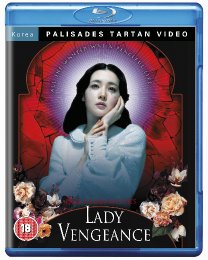 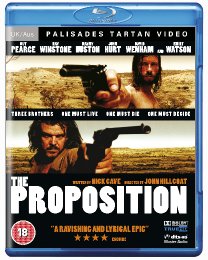 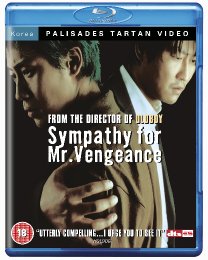 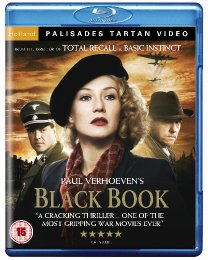 On November 2nd Palisades Tartan are releasing Blu-rays of 36, The Proposition, Black Book, A Tale of Two Sisters, Sympathy for Mr Vengeance and Lady Vengeance. 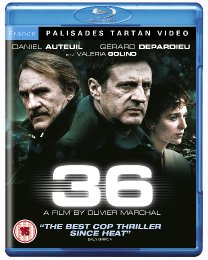 In the underbelly of the Parisian criminal world, the Police are frustrated by a gang committing a series of violent robberies. Leo Vrinks (Auteuil) and Denis Klein (Depardieu) are two cops seeking promotion and the imminent departure of their Chief sets the scene for them to compete for the vacant throne. The competition between them becomes increasingly ruthless and blurs the usual lines of morality until there seems no difference between the police and the criminals they chase.

Vrinks, meeting with a source, becomes involved with a murder, allowing Klein to seize the opportunity to up the ante and arrange for the arrest of Vrinks. But when Klein goes further and viciously involves Vrinks' wife, Camille (Golino), revenge is inevitable.

A Tale of Two Sisters

Recently given the Hollywood remake treatment as 'The Uninvited', the original shocker from writer-director Kim Ji-woon (The Good, The Bad, The Weird; A Bittersweet Life), A TALE OF TWO SISTERS comes to Blu-ray courtesy of Palisades Tartan.

Based on a traditional Korean folk tale, the film is a stylish, shocking and visually arresting tale of family secrets and uncertain realities.

Following the death of their mother, sisters Su-mi and Su-yeon are sent to convalesce in a mental hospital. When they are released, they are greeted by their father and taken home. Once there, it becomes obvious that this isn't the wholesome family unit that the girls' new stepmother was hoping for.

On their first night home disturbing and seemingly unexplainable events - footsteps on the stairs, doors opening of their own accord - begin to occur, and strange hallucinations plague the family. It soon becomes impossible to tell whether it is the sisters' unstable mental health, the cruel mind games played by the stepmother, or the dark presence of a supernatural force at work within the house.

One of the most original horror movies in recent years, A TALE OF TWO SISTERS is guaranteed to have viewers gasping for breath with each successive scare as the film builds to a unique and totally unpredictable climax.

When a bomb destroys her temporary safe house in Nazi occupied Holland during what would prove to be the penultimate year of World War II, beautiful young Jewish chanteuse Rachel Stein (van Houten) joins a group of fellow refugees who are attempting to reach safe Allied territory by boat. Before they are able to reach their destination, tragedy strikes when a Nazi patrol intercepts their escape vessel and ruthlessly kills everybody onboard, including Rachel's family, leaving Rachel as the only survivor of the massacre.

Embittered and desperate for revenge, she joins the Resistance where, assigned a new identity as the blonde Ellis de Vries, she is charged with infiltrating the German Security Service by seducing senior Nazi officer Ludwig Muntze (Koch). An already dangerous mission, Rachel's task soon takes on deadly proportions when, without warning, she becomes entangled in a deadly web of double-dealing and betrayal.

A stunning, sexy thriller from the internationally acclaimed director, BLACK BOOK is an epic and moving tale of great courage and fierce emotion played out against the dying, explosive months of WWII.

Nominated for 12 Australian Film Institute Awards in 2005 and winner of the Gucci Prize for Best Screenplay at the 2006 Venice Film Festival, THE PROPOSITION reunites 'Ghosts… Of The Civil Dead' director John Hillcoat (The Road) and screenwriter and musician Nick Cave for the first time since their memorable 1988 collaboration.

Cave's 19th-century tale begins with the proposition of the title, as Captain Stanley (Ray Winstone) captures fugitive brothers Charley (Guy Pearce) and Mikey Burns (Richard Wilson) at a scene of bloody rape and murder. Informing Charley that he must kill his older brother, Arthur (Danny Huston), in order to be set free, Stanley drags Mikey to a decrepit jailhouse while he waits for Charley to carry out the deed.

Hillcoat's Western reeks of the dry desert heat, with flies buzzing, temperatures soaring, and emotions spiralling out of control. Along with cinematographer Benoit Delhomme, Hillcoat creates a mesmerising vision of the Australian outback with a film that is peppered with brutal jolts of unremitting violence,

As well as writing the screenplay, Nick Cave also teamed up with Bad Seeds and Grinderman cohort Warren Ellis to provide the film's atmospheric soundtrack.

A deaf-mute (Kang-ho Song - Shiri) is desperate to save his sister's life, but can't raise the money for the kidney transplant. Out of desperation, he and his terrorist girlfriend kidnap a wealthy businessman's daughter in order to raise the cash, only to find that the cost of their actions will have to be paid in torture and pain.

An uncompromising look at the grim reality of black market organ trading, radical terrorist organizations and merciless killers, SYMPATHY FOR MR. VENGEANCE is a truly outstanding example of Eastern filmmaking at its most extreme.

Directed by Park Chan-wook (Thirst; Oldboy), LADY VENGEANCE is the third in the director's loosely related 'vengeance trilogy' (following 'Old Boy' and 'Sympathy For Mr. Vengeance) and is a slick, inventive and stylish thriller that focuses on the nature of revenge.

Having served 13 years in jail for the abduction and murder of a young boy, Gu-eum-ja (Lee Young-ja) is set free since she has proven to be a role model prisoner. But she has not been idle during those 13 years of incarceration. In that time she has built up an army of allies and their valued friendship is going to help her exact her carefully planned revenge on her former teacher, the real culprit of the crimes, Mr Baek (Choi Min-Suk).