DVD
Torture Me No More

DVD
Secrets of the Clown

DVD
Prey For The Beast

DVD
Death of a Ghost Hunter

DVD
Curse of the Wolf

DVD
Fist of the Vampire

DVD
Bachelor Party in the Bungalow of the Damned 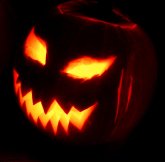 With Halloween approaching, the pace of horror releases is increasing with labels keen to cash in on the appetite for horror around this time.  If you want something more than the classics or Hollywood remakes then there are plenty of alternatives hitting the shelves of varying quality and price.

First on the scene were new label Brain Damage Films with six releases of low budget horrors, retailing at £2.99 each.  The discs are barebones with only accompaniment to the films being trailers and the films authored into four chapters.  The releases are a bit of a mixed bag with Death of a Ghost Hunter and Secrets of the Clown as the pick of the bunch, Serum and Prey for the Beast being perfectly watchable and Silent Bloodnight and Torture Me No More showing why horror has a reputation for cheap and badly made films.

The following week saw MVM, best known for their anime releases, get in on the action with two DVDs that are, in my opinion, overpriced for both the quality of the films and discs.  Mr. Halloween plays like a student project with Dr. Chopper as a slightly more accomplished but equally dreadful attempt at a horror film.  All original horror releases are welcome but not when they are overpriced like this.

Much more enjoyable and accomplished was Dying Breed, released on DVD and Blu-ray by DNC, which continues the Australian film industry's attempts to put off tourists by making the country as scary as possible.   If inbred cannibals weren't enough, then the excellent Rogue pits tourists in the Australian Northern Territories against a giant crocodile that has found a home and will kill and eat anyone that happens upon it.

A double bill from G2 Pictures, Necromentia and Pig Hunt shows the diversity in the genre, with the first as a Hellraiser-type occult horror and the latter as a monster movie with rednecks and a giant boar.  Whilst no classics, these are certainly watchable and establish G2 Pictures as an interesting label.

The same can't be said for Baa-Ram-Ewe, the Prachya Pinkaew Thai distributor that is mostly known for action movies like Ong-Bak and Chocolate but surprised me last month with the interesting thriller 13: Game of Death.  They made a foray into full-blown horror with Sick Nurses which proved to be as confusing as it was frustrating.  The concept is an Asian horror cliché - a vengeful spirit goes after those who have wronged it - but the execution is weak and I was never sure whether it was supposed to be a horror or a horror comedy; there is a massive difference between the two and it didn't really feel like either.

As horror films with an element of humour go, you can't get much better than An American Werewolf in London, released on Blu-ray the week before and a superb disc of a genre classic.  John Landis' career may have faltered after his first half dozen films but his contribution to cinema is almost immeasurable with some truly great films.

Summer Scars proved that Julian Richards isn't as bad a filmmaker as The Last Horror Film led me to believe with this low budget Welsh thriller proving he can direct with real tension and get the best out of an inexperienced group of young actors.  This was the first release I'd come across from Soda Pictures and it shows that the big labels don't always put out the best packages.

More to follow before Halloween as the releases come thick and fast, as do the reviews - first on my list is the second batch of DVDs from Brain Damage Films.