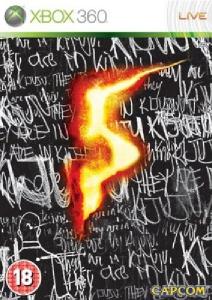 Videogames are now officially the UK's favourite form of entertainment, as proved by sales of record-breaking new game Resident Evil 5 over the weekend.

Analysts* predicted that sales of games would outstrip sales of music and video in 2009 - and Resident Evil 5, the biggest game of the year so far, is proving them right.

Sales of the 18-rated blockbuster game eclipsed both film and music sales since its launch on Friday 13th March:

- Resident Evil 5 grossed more than the top 5 movies in the UK this weekend - COMBINED (Source: IMDB.com)

- The Resident Evil franchise as a whole has sold 40 MILLION COPIES WORLD WIDE - that's 1 copy for every 170 people in the world (based on a global population of 6,707 Million)

Leo Tan of Capcom said that "This is proof if any were needed that games are THE entertainment medium of choice in 2009. Thanks to its strong storyline, amazing graphics and compelling co-op play, Resident Evil 5 provides hundreds of hours of entertainment at a relatively low cost - and it's this value for money that consumers are increasingly responding to"

Editors' Notes
- *Verdict Research, November 2008
- The first title "Resident Evil" ("Biohazard" in Japan) launched in 1996 on Playstation and Saturn to wide-spread acclaim and phenomenal sales. It simultaneously established the new "Survival Horror" genre and a new era of adult targeted games.
- 53 titles in the franchise have been launched across all platforms and sales are in the region of 40 Million Units worldwide
- In addition to the games titles, Resident Evil is a best-selling film franchise with three instalments to date which have grossed approximately $350M worldwide making them the most successful films to be based on a video game. The CG film "Resident Evil: Degeneration" also launched in 2008.
- The latest games "Resident Evil 5" launched in March and is the largest launch in the franchise's history having sold over 4 Million units.
- Resident Evil 5 is out now, on PlayStation 3 and XBox360, rated 18, RRP £34.99