Monitor at the BFI

In 1958 the BBC launched Monitor, which grew to be one of the most groundbreaking television shows of the 50s and 60s. It was the channel's flagship arts documentary series and proved that challenging, intellectual ideas - previously the domain of the senior service, radio, - could find a home on television. This month BFI Southbank invites you to watch an expertly compiled selection of highlights from Monitor.

In 1955 BBC TV revived the radio format Brains Trust, in which a team of intellectuals would discuss various themes suggested by audience questions. The show was broadcast on radio a few days later and radio bosses were so pleased with the arrangement that they suggested replicating it with another radio format The Critics, in which a team of critics looked at the arts. However those in TV argued that if television was to get an Arts programme it should be visual, playing to the strengths of the newer medium. Huw Weldon was brought in to present (and run) such a show and the result was Monitor. 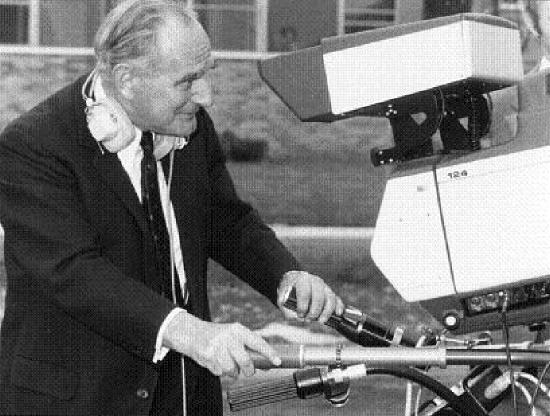 Weldon, who had been Welsh Director of the Arts Council and later in charge of all the Arts Council activities associated with the Festival of Britain, was a perfect choice. Soon he had surrounded himself with a talented team of directors - including John Schlesinger and Ken Russell -whose work was assembled by the brilliant film editor Allan Tyrer. Later, Humphrey Burton and Melvyn Bragg also became part of the Monitor team.

Monitor usually featured three or four unrelated films in each edition and happily many of these films have survived for posterity. In this small season we will screen some of the best surviving items in four themed batches; Monitor Interviews the Artist, Monitor on Film, Monitor: Humorists, Novelists and Angry Young Men and Monitor Miscellany that will include films featuring appearances from, amongst others, PG Woodhouse, Andy Warhol, Spike Milligan and John Betjeman.

Monitor Interviews the Artist
c90min
One of the most fascinating and valuable strands within the Monitor archive is the interviews with, and films about, living artists. Here we present a few of those highly original portraits including sculptors Julius Epstein (from 1958) and Henry Moore (from 1960), and artists Max Ernst (from 1961), Marcel Duchamp (from 1962), Rene Magritte (from 1965) and enfant terrible Andy Warhol (also from 1965).
Thu 9 April 18:20 NFT2

Monitor on Film
c90min
In this round-up of some of Monitor's examinations of the world of film we feature a hand-picked selection of reports and interviews, including a look at the Cannes Film Festival (1958); interviews with directors Orson Welles (1960) and Alfred Hitchcock (1964) about their unique styles; actor Rod Steiger on 'The Method' (1960) and an interview with Peter O'Toole on the set of Lawrence of Arabia (1962).
Thu 23 April 18:20 NFT2

Monitor Miscellany
c90min
Monitor had many moods and styles and in this miscellany of its most diverse moments we feature an elegiac look at Brighton Pier (1958); the (then) current craze with guitar music (1959); John Betjeman reminiscing on the great exhibitions of the past (1960); London Moods a musical look at the capital's many forms of transport (1961); The Lonely Shore a fantasy in which archaeologists from the future try to build up a picture of modern day life (1962) and haunting music as Lotte Lenya Sings Kurt Weill (1961).
Wed 15 April 20:40 NFT 2
NB - Individual content reliant on availability of material and some slight changes may be made.