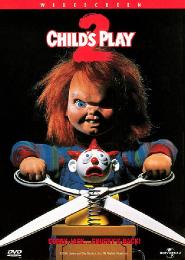 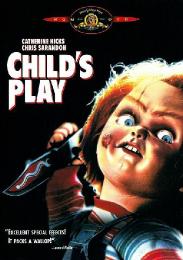 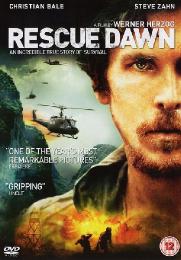 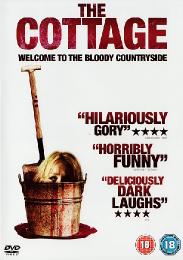 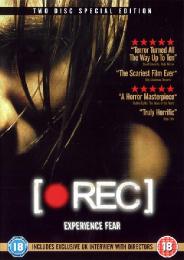 Article
A day I'd rather forget

No Country For Old Men - I enjoyed it at the cinema, again on DVD and the Blu-ray Disc looks and sounds fantastic. The film was one of the best of last year, is one of the Coens' finest works and I look forward to seeing Burn After Reading. :D

Casino Royale - With The Quantum of Solace only two weeks away, Sony are releasing a Deluxe Edition of the 21st Bond film. With two commentaries and a second disc (and third if you get the DVD) of extras, this looks to be a great package that I have yet to find time to work through. I did rewatch the film and found it as good as every other time I've seen it - it looks to be a 'showcase' BD, with plenty of stunning set pieces and scenery - so I look forward to the bonus materials and a review will be going up shortly.

Child's Play 1-3 - Who'd have thought that a seemingly innocuous looking doll would prove so scary and enduring? Chucky is a great character in a not so great franchise, which starts well, continues in the same vein then drops below mediocrity in the third instalment. I'm glad they jump-started the series, with much more humour, in the Don Mancini horror comedies Bride and Seed of Chucky. :) :| :(

Rescue Dawn - Based on the incredible true story of Dieter Dengler, a U.S. pilot shot down on a top secret mission over Laos prior to the Vietnam War, this is terrifically acted by Christian Bale, Steve Zahn and Jeremy Davies, with Werner Herzog, a friend of Dengler's, directing the film very well. The commentary is very informative and it's especially interesting to find out that they shot it backwards with Bale starting off emaciated and with long hair and beard, and gradually filling out and trimming his hair. Apparently the ending was criticised for being 'too Hollywood' but, as that's how it really happened, there was no other way of finishing the film. :)

Southland Tales - As a huge fan of Donnie Darko, I was looking forward to seeing Richard Kelly's next film but never quite got round to it. I was especially interested in seeing just how warranted the critical mauling it received was. It is almost beyond dispute that Southland Tales is a muddled, confused and overlong mess which was badly cast and horribly edited. I can understand that some will love it and say that if you don't like it, it's because you don't get it. I got it, it's just sad to see someone with the obvious talent that Kelly possesses getting bogged down in this sub-Lynchian post-apocalyptic time travel film that seems to be rehashing the same material he used to great effect in his debut. Maybe this could be a great film with cut material edited into the existing movie, but I doubt it. :(

[Rec] - With Quarantine, the almost inevitable remake on the horizon, I thought it was time to watch the original Spanish smash hit. I wasn't disappointed as this is just about as intense as a horror film gets. The largely non-professional cast are fantastic and thoroughly believable, helping the viewer to immerse themselves into the experience so that you are completely involved by the time the real horror starts. :D

Frankie Boyle Live - Sadly only a DVD-R of the Scottish comedian live in London. He says the unsayable and, quite often, the unthinkable and is a quick and very funny man. Full review to follow.

The Cottage - Mixing comedy and horror is very difficult to do - Sam Raimi did it with Evil Dead, Edgar Wright and Simon Pegg with Shaun of the Dead and Peter Jackson with Braindead. 'The Cottage' isn't a patch on any of these, although Andy Serkis and Reese Shearsmith are a good double-act - the latter is a 'scream queen'. I hated Jennifer Ellison (I've never heard of her, but she is apparently famous for her breasts) and couldn't wait for her to get killed. The comedy was a bit hit and miss and there was no horror at all, just some cartoon gore.

I watched this as part of Virgin's 1p Movie Festival on HD and was stunned at how bad and washed out the blacks were - the night sky was grey and some of the exterior scenes looked terrible. Either there's a problem with the On Demand service, which is unlikely, or this is just a very badly shot film. :|