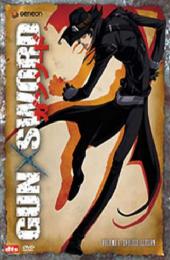 It's been a bumper week for anime this past seven days, both in terms of reviews and news, so much so that the news gets a blog of its own today. So without any further ado… 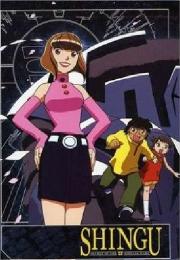 On Monday I got the week off to a mellow start with the Region 1 boxset of Shingu: Secret Of The Stellar Wars. If there is an anime equivalent of easy listening, Shingu fits the bill. It takes the alien invasion, teen-defenders, and giant mecha conventions, and turns them on their heads. There's a distinct absence of angst in this drama, and its more an ode to the pleasant aspects of growing up and going to school. It's also exquisitely animated. Find out more by following the link. 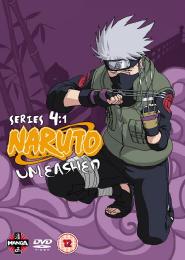 Wednesday saw the return of everyone's favourite bright orange ninja, as Naruto's seventh instalment dropped into my grubby hands. This series is quite literally going where no series has gone before. Long running anime typically runs out of steam far too soon in the UK, with fan interest waning, or not even getting started before even a few discs get released. Yet Naruto is now up to his 90th episode in the UK, a significant fraction of the long running series. See if franchise fatigue has set in by clicking to my review. 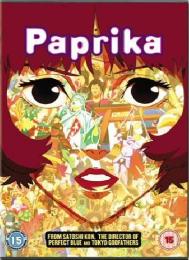 It's one of my annoying habits that I put off things that I really look forward to, just to build up the anticipation in order to more savour the moment. So it was on Friday I finally ventured to put Paprika into my DVD player after over six months of it waiting on my shelf. Satoshi Kon quickly established himself as one of anime's most cutting edge directors with his debut Perfect Blue, and each subsequent film has simply confirmed the man's talent in producing mind-bending, emotionally complex and adult animations. Paprika is his most recent work, a sci-fi thriller that looks at the world of dreams.

Then on Sunday, it was Stuart's turn to revel in some anime, as he posted his thoughts on The Gun Sword boxset. Collecting together all seven volumes of the futuristic anime in one handy collection, it's certainly the most convenient way to enjoy animation. Gun Sword takes a bit of sci-fi and gives it a Western makeover. It's a world where a man's got to do what a man's got to do, where bullets fly, and cowboys ride mecha, instead of horses? Van is the lean moody hero looking for the killer of his fiancé, and see how Stuart fared following his adventures by roping the steer, I mean clicking the link.

Shingu is available from Right Stuf Entertainment on import from the US, and given the exchange rate, it's well worth pouncing on. Both Manga Entertainment's Naruto Unleashed 4:1 and MVM's Gun Sword boxset are released on the 25th of August, and Paprika ought to be on sale somewhere right now, and has been for ages.